Flipkart Daily Trivia quiz becomes very popular nowadays, everyone searches for correct answers to win rewards. DealsHub updates all the correct answers of Flipkart Fake or Not daily so, stay tuned to our website and telegram channel for the latest updates. You can win assured exciting rewards / free vouchers & super coins by giving correct answers to all five questions. Get the latest Flipkart quiz answers here. 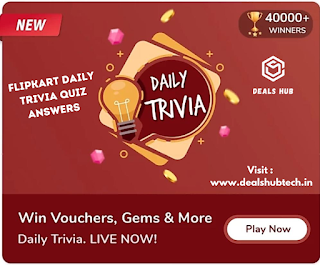 Flipkart is back again with its Flipkart Daily Trivia Quiz, which is a fact-based game quiz where users can answer a few questions to win exciting prizes. It’s a range of MCQs questions that are mostly based on general knowledge & current affairs. If you get all the answers correct, you can win assured exciting prizes/gift vouchers & super coins. These prizes can be won every day, so you can give them a try regularly to win the prizes. The Flipkart Quiz starts daily at 12:00 AM IST and will run through till 11:59 PM IST, so you can participate anytime in the contest.
Looking for Flipkart Fake or Not quiz answers, your search ends here. We have added all the correct answers below. And we regularly update the answers daily, so stay tuned DealsHub and join our telegram channel for the latest deals & offers.

How to Play the Flipkart Daily Trivia Quiz? 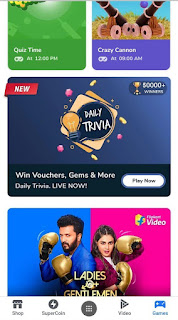 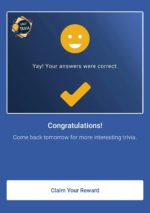 Q1) In which state was the first commercial nuclear power station built in India?
Ans: Maharashtra
Q2) Mandovi and Zuari are the two primary rivers of which Indian state?
Ans: Goa

Q1) Which of these is not the name of a team that participates in the Ranji trophy?
Ans: Army
Q2) The Monkeygate scandal in 2008 took place during a Test between India and which team?
Ans: Australia

Q1) The Song “Another Brick in the Wall” is a cult classic by which Band?
Ans: Pink Floyd
Q2) Which actor played the role of Lord Mahadev in the TV series ‘Devon Ke Dev… Mahadev’?
Ans: Mohit Raina

Q3) In the TV series Friends, what is the surname of Rachel?
Ans: Green
Q4) Which actor once worked as a waiter at The Taj Mahal Palace Hotel in Mumbai?
Ans: Boman Irani
Q5) What media franchise, owned by Nintendo, was created by Satoshi Tajiri in 1996?
Ans: Pokemon

Q1) Relame watch S will be compatible with which of these OS?
Ans: Both A & B
Q2) Watch S is water resistance up to the depth of
Ans: 50 m

Q3) Which of these is not a feature of Watch S?
Ans: Square shape
Q4) SPO2 monitor feature on Watch S is used for
Ans: Measuring Blood Oxygen level
Q5) The sturdy screen of the Watch is made up of
Ans: Corning
Q6) Watch S will work on android & iOS 7
Ans: Realme Kink App

Q3. In which city is the Cricket Academy of Pathans of brothers Irfan and Yusuf Pathan?
Ans: Vadodara
Q4. In 2016, who scored the fastest 50 in 18 balls in a U-19 ODI?
Ans: Rishabh Pant
Q5. The youngest cricketer to win Sitara-e-Imtiaz, Pakistan’s 3rd highest civilian award, is?
Ans: Sarfaraz Ahmed

Q3) In which city is the Cricket Academy of Pathans of brothers Irfan and Yusuf Pathan?
Ans: Vadodara
Q4) In 2016, who scored the fastest 50 in 18 balls in a U-19 ODI?
Ans: Rishabh Pant
Q5) The youngest cricketer to win Sitara-e-Imtiaz, Pakistan’s 3rd highest civilian award, is?
Ans: Sarfaraz Ahmed

3) Which car is depicted as Bumblebee in the live-action Transformers films?
Ans: Camaro
4) Which Pakistani band sang the song Yeh Hai Meri Kahani in the Sanjay Dutt movie Zinda?
Ans: Strings
5) Asma Rehman was married to whom for a period of 3 years in the early 1980s?
Ans: Dilip Kumar

Q1) Dubbed the Asian Nobel, Ramon Magsaysay Award is named after a President of
Ans: Philippines
Q2) The leaves of which tree make up most of the diet of the Koala?
Ans: Eucalyptus

Q1) Against which team will India play their first-ever day-night Test match in Kolkata?
Ans: Bangladesh
Q2) Which country has won the most Davis Cup titles?
Ans: USA

Q1) Which actor contested and won the Allahabad Lok Sabha seat in 1984?
Ans : Amitabh Bachchan
Q2) The upcoming show ‘House of the Dragon’ is a prequel to which TV series?
Ans : Game of Thrones

Q3) Jim Sarbh, who was seen in ‘Padmaavat’, made his Bollywood debut in which film?
Ans : Neerja
Q4) The TV series ‘The Hitchhiker’s Guide to the Galaxy’ is an adaptation of a book by
Ans : Douglas Adams
Q5) Which character made his debut with the animated short film Steamboat Willie?
Ans : Mickey Mouse

Q1. What condition caused by exposure to extreme cold is also called congelation?
Ans: Frostbite
Q2. Which of these is a Russian martial art and sport?
Ans: Sambo

Q3. Launched in 2016 Fuschia is an operating system made by which company?
Ans: Google
Q4. The regulating act of 1773 led to the establishment of what in Calcutta?
Ans: Supreme court
Q5. Which city is the oldest capital in the world?
Ans: Damascus

Q3) In a 1983 World Cup match, who helped India defeat Zimbabwe by scoring 175 not out?
Ans: Kapil Dev
Q4) Which team defeated New Zealand in the 2019 Rugby World Cup semi-final?
Ans: England
Q5) By giving away 75 runs, which bowler bowled the most expensive spell in T201 history?
Ans: Kasun Rajitha

Q1) In the film Dhoom: 3, Aamir played a double role. What were his names?
Ans: Sahir – Samar
Q2) The popular song, Despacito features Luis Fonsi and which other artists?
Ans: Daddy Yankee

Q3) Whose daughter made her Bollywood debut in the film Dabangg 3?
Ans: Mahesh Manjrekar
Q4) Which film was dubbed in Tamil as Uyire.. and in Telugu as Premato?
Ans: Dil Se…
Q5) Who co-starred in Steven Spielberg’s The Color Purple as distraught housewife Sofia?
Ans: Oprah Winfrey

Q1) Which apsara wanted to marry Arjuna when he was in Indraloka?
Ans: Urvashi
Q2) In India, how long is a learner’s driving license valid?
Ans: 6 months

Q3) The scientist Narinder Singh Kapany is also known as the Father of
Ans: Fibre optics
Q4) The American clothing company, PVH Corp. owns which of these brands?
Ans: Calvin Klein
Q5) In May 2018, where did Prince Harry and Meghan Markle get married?
Ans: Windsor Castle

Q1. What is the maximum score for which a game of badminton can be played between two opponents?
Ans: 30
Q2. Which stadium will host the first-ever day-night Test match to be played in India?
Ans: Eden Gardens

Q3. In 2002, who was declared the Wisden Indian cricketer of the Century?
Ans: Kapil Dev
Q4. Who is the first person from the field of motorsport to win the Arjuna Award?
Ans: Gaurav Gill
Q5. Edmonton Oilers, Boston Bruins, and St Louis Blues play in which sports league?
Ans: NHL

Q1) In the 2017 film ‘Trapped’, where is Rajkummar Rao trapped?
Ans: Apartment
Q2) Nandita Das and Sarmad Khoosat have both directed films on which Urdu writer?
Ans: Saadat Hasan Manto

Q3) In which film does Shah Rukh Khan play the role of a magician, Gogo Pasha?
Ans: Tubelight
Q4) Which was the first film produced by Anurag Kashyap’s Phantom Films?
Ans: Lootera
Q5) In the Hindi film Chef, what is the name of Saif Ali Khan’s food truck?
Ans: Raasta Cafe

Q1. Which city is served by the jolly grant airport?
Ans:- Dehradun
Q 2. Who was announced as time person of the century 1999?
Ans:- Albert Einstein

Q3. Which website was created as jerry and Davids’s guide to the world wide web?
Ans:- Yahoo
Q4. Through operation catus the Indian army helped which country to fight which country rebels?
Ans:- Maldives
Q5. Associated with Indian railways the book store chain A.H wheeler was started in?
Ans:- Allahabad

Q1:  What surname was common to the Bollywood personalities – Om and Amrish?
Ans: Puri
Q2:  Which actor is the inspiration behind the comic book ‘Jimmy Zhingchak – Agent of D.I.S.C.O.’?
Ans: Mithun Chakraborty

Q3: Starting with Dr. No, who was the first actor to play James Bond in movies?
Ans: Sean Connery
Q4: Who directed the film in which Amitabh Bachchan made his Hollywood debut?
Ans: Baz Luhrmann
Q5: Which of these Bollywood actors made their film debut the earliest?
Ans: Danny Denzongpa

Q1) What does R expand to in Dr. B. R. Ambedkar’s name?
Ans: Ramji
Q2) Which city in Punjab was named Ramdaspur since its foundation was laid by Guru Ramdas Ji?
Ans: Amritsar

Q3)The first male and female cricketers to take 200 ODI wickets were both from which country?
Ans: India
Q4) Which Italian company’s models include Quattroporte, Ghibli, and Levante?
Ans: Maserati
Q) Which of these Nobel laureates hails from Bangladesh?
Ans: Muhammad Yunus

Q1) The Madeira International Airport in Portugal is named after which footballer?
Ans: Cristiano Ronaldo
Q2) Who won all the races of the Formula 1 Indian Grand Prix?
Ans: Sebastian Vettel

1. Who was the director of the oscar-nominated film mother India?
Ans: Mehboob khan
2. Complete the name of this columbian singer:isabel mebarak ripoll?
Ans: Shakira

3. The quote how your doin was often repeated by which character from friends?
Ans: Joey tribbiani
4. Who from the music trio shankar ehsaan loy composed for ssr debut tv series fauji?
Ans: Loy mendosa
5. Ambitab bachan was not a part of the debut film of which of these actress?
Ans: Kareena kapoor

1. Which of these was the last to be liberated from a colonial power?
Ans: Goa
2. Meg, Jo, Beth, and Amy form a quartet in which famous novel by Louisa May Alcott?
Ans: Little Women

3. The Jhulta Minar or swaying minaret, is a famous attraction in which Indian city?
Ans: Ahmedabad
4. What was founded in the 1890s by Caleb Bradham as a digestive syrup?
Ans: Pepsi
5. The colour ‘azure’ refers to the natural colour of which of these?
Ans: Sky

1. Who among these was not a part of the English band ‘The Beatles’?
Ans: Elton John
2. In Dil Se, who danced with Shah Rukh Khan on top of a train in the song ‘Chaiyya Chaiyya’?
Ans: Malaika Arora

3. Which is the only movie directed by Aditya Chopra with SRK not in the lead?
Ans: Befikre
4. Satnam Ramgotra, who contributed music to Dunkirk and Inception, plays what instrument?
Ans: Drums
5. For which of these films did Aamir Khan not win the Filmfare Best Actor Award?
Ans : Rangeela

1. Which Indian river is knowns as‘ Yarlung Tsango’ in the Tibetian language?
Ans: Brahmaputra
2. Making it Big’s is a book by Binod Choudhary, who is the 1st billionaire from
Ans: Nepal

3. How do we better know the politician Edvige Antonia Albina Maino
Ans: Sonia Gandhi
4. Which of these national symbols is common to both India & Pakistan
Ans: National Fruit
5. Diego de la Vega is the actual name of which of these fictional characters?
Ans: Zorro

1. In Badminton, the women’s world team championship called?
Ans: Uber Cup
2. Which of these stadiums was recently renamed after the former finance minister of India?
Ans: Feroz Shah Kotla
3. Apart from Real Madrid, Zinedine Zidane has played for which of these clubs?
Ans: Juventus
4. In which country were the English cricketers Owais Shah and Usman Afzaal born?
Ans: Pakistan
5. Hyderabad FC replaced which team in the Indian Super League 2019-20?
Ans: FC Pune City

1) The 2008 movie Jannat features Emraan Hashmi playing the role of a
Answer: Match fixer
2) Which character in Friends was portrayed by Lisa Kudrow?
Answer: Phoebe
3) AR Rahman won a National Film Award best music director for which of these films?
Answer: Lagaan

4) Who made her film debut with the 2002 Tamil film Thamizhan?
Answer: Priyanka Chopra
5) Which Indian actor was awarded the Nishan-e-Imtiaz by Pakistan in 1998
Answer: Dilip Kumar

1. Which of these automobile brands manufactures the Phantom range of cars?
Ans: Rolls-Royce
2. Krishna Hutheesing wrote a book Dear to Behold about her niece. Name the niece.
Ans: Indira Gandhi

3. Which coffee chain’s logo comes from Siren, a Greek mythological creature?
Ans: Starbucks
4. Which city was severely affected by the Great Fire of 1666?
Ans: London
5. Which of these is a key ingredient of Siachen Omelette?
Ans: Maggi