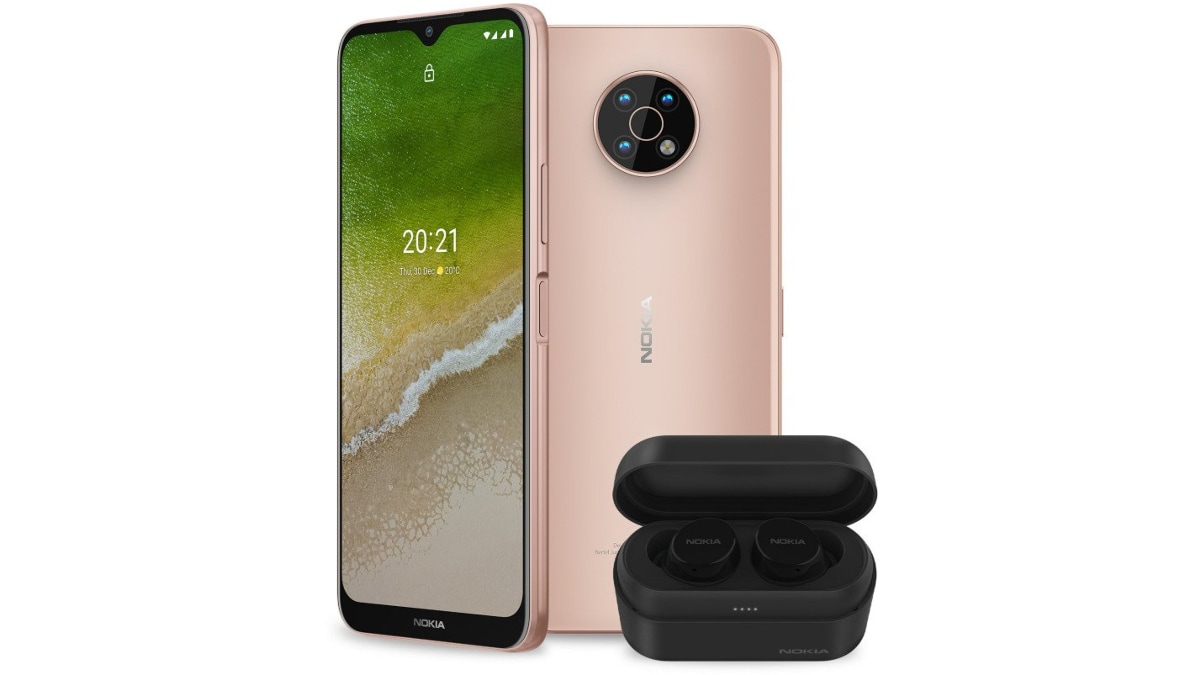 Nokia G50, an upcoming smartphone from HMD World, has leaked in recent renders. Key specs of the telephone have additionally leaked alongside the value. The Nokia G50 is tipped to characteristic a circular-shaped digicam module on the again located on the prime centre of the again panel and is more likely to have a side-mounted fingerprint scanner. The telephone is reported to be powered by the Qualcomm Snapdragon 480 SoC and should characteristic a 6.38-inch LCD show with a waterdrop-style notch.

German media agency WinFuture has leaked official-looking renders of the Nokia G50 forward of its rumoured launch. The telephone is tipped to characteristic a waterdrop-style notch entrance show panel with slim facet bezels and a big chin on the backside. The telephone has a round digicam module that homes triple rear cameras and a flash. The Nokia emblem is seen to be embossed on the again and on the show chin as nicely. The quantity and energy buttons are located on the best backbone with the fingerprint scanner seen to be built-in inside the facility button. The report says that the Nokia G50 might are available Midnight Solar and Blue color choices.

The housing of the Nokia G50 is reported to be plastic and the telephone is more likely to characteristic a 6.38-inch HD+ (720×1,560 pixels) LCD show with a waterdrop-style notch. It’s tipped to be powered by the Qualcomm Snapdragon 480 5G octa-core SoC and its value is reported to be someplace at EUR 230 (roughly Rs. 19,800).

Nokia G50 was leaked by the Finnish firm unintentionally through Instagram. The put up was eliminated shortly after it was revealed however screenshots managed to make their approach on-line. The renders leaked by WinFuture present the very same design as leaked by the Instagram put up. The put up additionally confirmed that the telephone will provide 5G connectivity in addition to a 48-megapixel major sensor on its triple rear digicam setup. Previous leaks additionally recommend that the Nokie G50 might run on Android 11.


Tasneem Akolawala is a Senior Reporter for Devices 360. Her reporting experience encompasses smartphones, wearables, apps, social media, and the general tech business. She reviews out of Mumbai, and likewise writes in regards to the ups and downs within the Indian telecom sector. Tasneem may be reached on Twitter at @MuteRiot, and leads, ideas, and releases may be despatched to [email protected]
Extra